Everything is a mirror

Anyone interested in metaphysics or spiritual matters will know this: our outer circumstances mirror our inner circumstances. We attract or are drawn to people and situations that correspond with what we believe to be true, or somehow reflect what we are feeling.

This has rarely been more starkly evident in my life than when I was going through the sort of deconstruction that I described in the last post – that drawn-out, painful death of old beliefs, attitudes and illusions that we all go through, in some way or other, and at some point or other, in our lives. 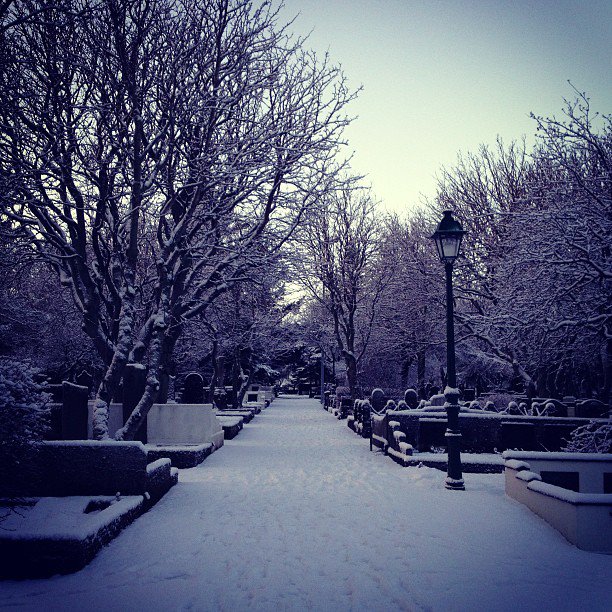 It suppose it started with an inexplicable attraction to cemeteries. Instead of simply walking past as I always had done, I started going in, sauntering slowly past the graves or tombs, and reading the names on the headstones or plaques. Soon, visiting cemeteries became an objective in itself. I would go out for some fresh air and head straight for the cemetery. I found it soothing there. Maybe because there were so few people, and those who were there didn’t bother to look at me.

Then, the dead bodies started appearing.

I was living in Toronto at the time, and one day I was walking along a downtown street. There was a church on the corner. On the church steps, in front of the entrance, lay a man on his back. Another man leaned over him, shouting: “Hey! HEY!” I stopped, feeling a sense of dread creep over me. The guy came running over to where I stood. “Hey man, I think he’s dead!” he exclaimed breathlessly. We both looked around frantically until we saw a police cruiser. We waved the cops over, and explained what we thought. They jumped out of the car, ran up the steps, and did what you’d expect – searching for a pulse, calling for help on their radio. At that point I hurried away. I’d never seen a dead body before, and the whole thing seemed surreal – and yet, not unreal. It was almost as though I’d expected it to happen. It’s hard to explain.

A few weeks later there was another instance. I was at home, in the apartment I lived in at Yonge and Davisville, on the 11th floor of a high-rise. It was a Sunday, just past noon, and I heard sirens. They came closer. And closer. Until they were right outside.

I went out on the balcony, and looked down. On the awning that jutted out over the entrance to the building there was a body. I’ll never forget the sight. I could tell instantly that the person, who was face-down, was dead. There was something about the way the limbs were splayed, the way the hair moved in the breeze, and the peculiar stillness of the body. Save for the incident I mentioned above, in which I had only seen the body at a distance, I had never seen a corpse. I didn’t know how death changes a person, how much the soul matters in terms of giving someone that distinctness that makes them who they are, and how death takes that away so that they are almost unrecognizable. But in looking at that body on the awning, I knew instantly that there was no life there. It was like an empty shell.

Later that day I learned that it had belonged to a young man who was visiting his mother, and had committed suicide by jumping from the balcony on the 8th floor. I also learned that a woman had been murdered in the underground parking garage of that very same building – my building – a few years earlier, and the company who owned the building had hushed it up.

Two weeks later I moved to another apartment that literally had no windows – just two skylights, and an air conditioner stuck in a wall. [But that is another story.]

A third incident came just a short while later. I was working at a bar on Parliament Street that was going through its own slow death, sinking into a cesspool of degradation and moral dissolution. On this particular evening – also a Sunday – the bar ran out of ice, and I volunteered to go out and get some at the corner store. Parliament Street was a fascinating study in social stratification at the time – it bordered Cabbagetown, which a few years earlier had been an abject slum, but which had recently become gentrified and was now home to the eminently wealthy. On the other side of Parliament, however, the slum remained, with hookers, streetwalkers and dealers on every corner, and Canada’s less-then-stellar history reflected in the poor, desperate Native Indians who slumped in doorways or alleys, whacked out on glue or rubbing alcohol.

Just across from the bar and a little further down, I passed a doorway in which there were two Indians. One leaned against a doorjamb and was having a hell of a time remaining upright. The other lay on his back, and something oozed out of his mouth. I hurried past, even though a second later I was filled with an awful sense of foreboding.

When I came out of the store I passed by again, and saw that the man was still lying there on his back and that his eyes had rolled back in his head. At that point, I should have stopped and done something. Like everyone else, though, I had become accustomed to seeing wasted Indians on the street and – disgracefully – had taken up the same custom as everyone else, namely to ignore them. I told myself it was nothing, that he was just wasted, and hurried on my way.

It was not my finest hour.

As it happened, they hadn’t had any ice at the store, so I went to another one a little further up the street. When I came out, I heard an ambulance, and saw that a handful people had gathered where the man lay. I waited. The ambulance came, I saw them put the man on a stretcher and pull the sheet over his head.

Thankfully, I no longer attract corpses, nor am I surrounded by death in any form. Save for the natural process of death as part of life, I would say that my life pulsates with a grand passion for living. That said, I am not entirely done with cemeteries [as the above recent image aptly demonstrates]. There is a lovely old cemetery near my house, that is rich in history and also has one of the most extensive collections of trees in all of Iceland. It’s also really beautiful, and I pass through there often. But it’s not a destination in itself. It just happens to be a place I like to walk through on my way to somewhere else – someplace more vibrant and alive.