A map of hell

The other day I was listening to a podcast [again] – this time Outlook from the BBC. They were interviewing a woman whom they billed as “one of American’s most respected mental health professionals” – a Dr. Marsha Linehan, who has created a treatment program for severely suicidal patients, and who just recently came out of the closet, so to speak, to reveal her own history of mental illness. 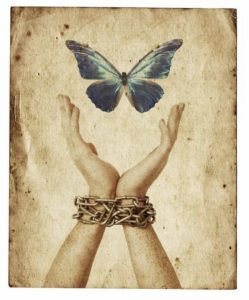 It so happened that, just as I was listening to this, I was mentally composing the last post in my head, and so much of Dr. Linehan’s story resonated with me. Thankfully, my battle with mental illness was quite not as severe as hers – I was not schizophrenic, I did not cut myself, nor was I institutionalized – but much of the rest of it rang true.

“If there was a hell, I knew this was it,” remarked Dr. Linehan. My thoughts exactly, all those years ago. It was so strange to sudden descend into that place and experience that level of suffering … up to that point I’d felt physical pain, of course, but I had no conception of psychic pain, nor the fact that it could be a hundred times worse than the worst physical pain I’d ever experienced. I didn’t know about psychic wounds, or scars, or evil, or emotional sickness that festered in the body and insidiously ate away at the immune system and other defenses.

But I did know one thing. This place in which I had landed was hell. Hell is not some place under the ground, that exists outside of ourselves. Hell is inside. It is in the depths of the psyche. And the battle of good and evil happens inside the human soul.

Dr. Linehan talks about a force taking her over, that made her do things she didn’t want to do:

My whole experience of these episodes was that someone else was doing it; it was like ‘I know this is coming, I’m out of control, somebody help me; where are you, God?’

This, too, I understood. I destroyed things I didn’t want to destroy, things and relationships that I knew could bring me happiness. If it had the potential to make me happy and bring me back to the light, I destroyed it – even though I wanted nothing more than to do the opposite. It was like something took me over and made me do things I didn’t want to do. I was conscious of doing it, I hated doing it, but I couldn’t stop. And the fact I wasn’t in control of my actions scared the hell out of me. [Or not, as it were.]

It took Dr. Linehan years – no, decades – to come clean about her struggle, even as she was helping people escape from the hell that she herself had experienced. Finally, without intending to, she told her story to a graduate student of hers, who started to cry and said: “So you mean there’s hope?” She had been helping people, but without doing the single thing that would give them the greatest amount of hope: sharing her own story. After that, she said, she knew it was time.

Today I no longer have these episodes of spiritual ravaging. Nor do I dwell on that period in my life, even though it remains a huge part of me. It is a major part of my identity, and it has made me into the person I am today. Having survived is the one thing that I am most proud of in my life, next to having raised a wonderful daughter who has not inherited the legacy I inherited – in part because I was able to stop it.

And yet, talking or writing about that time in my life always brings fear. Partly it’s fear of being vulnerable – after all, none of us likes to expose our soft and tender underbelly to the world. But it’s not only that. It is also more insidious – a residue of that control that “it” had over me. It is that voice – less powerful now, but still there – that whispers that my own conviction isn’t correct, that my sense of judgement is wrong, and that it really wasn’t that bad. It’s a remnant of the tendency to minimize how awful it really was, in order to protect some weird and twisted status quo. In order to protect the dark side.

Well, fuck that. It WAS that bad, and thankfully there are lots of people out there who are now willing to share their experiences – which is so important. [When I was in the thick of it, I knew of no one who had experienced anything remotely similar to what I was going through – except maybe Joni Mitchell, who wasn’t exactly in my social circle.] Dr. Marsha Linehan is one. Heather Armstrong is another. Ally, who writes [and draws!] the amazing blog Hyperbole and a Half is another. Sadly, Ally still seems to be struggling, and my heart goes out to her … without knowing her circumstances I would guess that the success brought on by her blog and resulting publishing deal sent her spiraling into the darkness. Without wanting to make her struggle about me, I have to say that I recognize shades of “it” – that force that takes you over just when your light has the potential to shine most brightly, and tries to destroy its source within you. I really, really hope Ally makes it.

Anyway. It’s a landscape, and has a million hills and valleys, shades and colours, that are amazing to explore. If only it wasn’t so damn painful while it was happening, and if only we had a map.

[NB. I published this post a couple of days ago, but unpublished it again within an hour. It’s still difficult, and sometimes that rawness is too hard to cope with. But I changed a few things around, gathered my forces, and here it is again.]