In which I ramble about writing and angst and stuff

A lot of the blog gurus preach that you really don’t need to update a blog very frequently. Once a week should be enough, if you are providing quality content for your readers.

That may work for some bloggers. It doesn’t work that well for me, as the infrequent posts on this blog are now beginning to prove.

Not that it’s such a bad thing. When I was writing The Iceland Weather Report like a madwoman (posting up to three times a day – Oy!) I had a momentum going, and I had a special kind of dynamism with my community that I loved. The two played and fed off each other. It was great, but sadly unsustainable. I burned out. 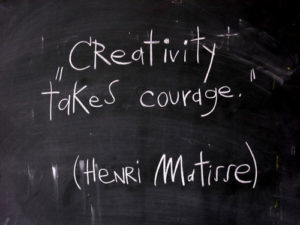 I thought about stopping the IWR for a very long time before I actually pulled the plug. I was terrified of stopping. I loved the little community that had built up around it, and I didn’t want to lose it. Also, the blog gave me a venue for expression that had become immensely important to me. I had always written stuff, but my blog allowed me to go public with my writing – my own personal expression – for the first time. Believe it or not, putting my writing OUT THERE was a huge step for me, and writing the blog was in many ways therapeutic, allowing me to work through a lot of the issues that had held me back in the past.

At first I felt quite lost and didn’t know what to do with myself, kind of like I was missing a limb or something. But then I decided to go back to school, and am now halfway through my BA (I had never finished, despite enrolling in university education four times before – long story, let’s just say I received my education in other ways), and that has been great. Last fall I also decided to resurrect a novel that was half-finished and stuffed in my drawer. I have now finished it … in fact I have finished it several times – and I hope to God this final draft will be the last one!

I’ve also released a new eBook, as I mentioned in the last post. (ps. you can download a sample here.)

And, of course, my Little Book of the Icelanders has come out in print. I guess you could say it was well-received since it was in the top ten on two separate bestseller lists last week – my publisher’s, and Eymundsson’s, which is the largest book retailer in Iceland. There has been quite a lot of buzz around it, I’ve done a fair bit of publicity (newspaper and magazine interviews, three radio interviews) and loads of people that I am acquainted with to a greater or lesser degree have approached me to congratulate me and/or to talk about various aspects of the book that they have found curious or interesting.

The whole thing has been a rather, well, unique experience for me personally. Initially, all the congratulations and attention felt really uncomfortable – and they still do, although I’m getting more used to it now. I’ve never enjoyed being the focus of attention, and in fact spent many years of my early life trying to be invisible. So this is sort of a … departure.

Similarly, it has been a huge challenge for me to make my writing public, and every new step has cost me a massive amount of effort. (See? I bet you didn’t know that about me.)

As a matter of fact (since we’re in disclosure mode here, heheh), releasing the eBook version of the Little Book was a major hurdle for me, and required working through a great deal of angst and fear. So now that it’s out in print and everyone is congratulating me and making like the whole publishing thing has just happened … it almost feels like a bit of an anticlimax, if that makes any sense. All the STUFF that I needed to work through to get it out there, and the sense of victory I experienced from having successfully scaled the hurdle, happened ages ago, or when I released the book by myself.

Which is another reason why the hoopla round this print version of the book feels so weird, as I tried to explain in the last post. No one congratulated me (much) when the eBook version came out, but now that the print version is out – which cost me so much less in terms of anxiety and effort – everyone is making a big deal of it. Which on an emotional level feels kind of assbackward.

Anyway. The point of this post? I have no idea. Maybe that you should use your time well. Or that you should always challenge yourself. Or that there is a time and a place for all things, and you need to pass over one hurdle before you can go on to the next. Or maybe that you should just take what you can from these crazy ramblings and leave the rest.