The changing face of publishing, or why I love the Internet, part I

Once upon a time, it was virtually impossible to get a publishing deal without an agent (in English speaking markets, at least). And getting an agent was just as hard as getting a publisher. 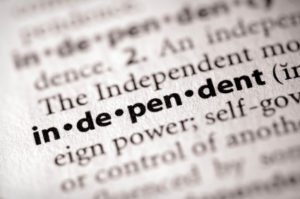 There were all these rules: First, you had to write a query letter, in which you humbly asked the agent to take a look at your little project. You had to send a self-addressed stamped envelope if you wanted an answer, and even if you did that, you might not get one. If the agent was intrigued by your query he or she would ask you for “a partial” – approximately the first three chapters of your book. (If you were writing a nonfiction book, they would ask for a detailed book proposal.) There, too, the SASE was required if you wanted an answer. That part of the process could take about six months, and the agent typically would not want you to query other agents in the meantime. More often than not, the partial would be rejected and you’d have to start all over again.

Then the Internet came along and The Industry began to change. Some agents started accepting queries by email, though they tried to keep that hush-hush so they wouldn’t be inundated with them (pesky as they were). Snail mail plus SASE was still the standard requirement, but if you happened to get your hands on an agent’s email address and asked really nicely, sometimes they’d respond, and even occasionally give the green light on a partial via email.

But typically, they would NEVER publicize their email address (you’d have to go through other, more surreptitious, channels to obtain those). And they hardly ever published their pictures on the agency websites.

Fast-forward to today. More often than not, agents have their pictures and small blurbs about themselves prominently displayed on their sites. Some even include their email addresses and say that they are open to receiving queries. In short, agents are no longer the shadowy figures they were, who held enormous sway behind the scenes and resisted the advances of aspiring authors, insofar as they could, whilst still allowing for the possibility of discovering the Next Big Thing. Instead they are people who have realized that their profession is changing drastically, and may even be going the way of the dodo bird.

Of course what has happened is that The Industry’s once-omniscient power is being steadily usurped by the power of the Internet. Today, writers and authors can do it themselves. They don’t need The Industry. Granted, the big industrial publishers might be able to push sales in markets that the author might not be able to reach on his or her own, but when weighed against the small chances of getting your stuff noticed, not to mention the hassle of dealing with industrial publishers and having to wait months or years of seeing your work in print, indie publishing looks mighty attractive.

Personally, I love to see the stronghold The Industry has held for decades on end begin to dissipate. Granted, I will warrant that am a little biased … my dealings with industry publishers and agents have been less-than stellar over the years. I have had an agent, and I as a translator I have dealt with agents, and the experience has left me cold. I have also had my copyrighted (translated) work bulldozed by a publisher, who on top of that treated me like shit when I protested and sought my rights. So it is hard, sometimes, not to gloat just a little when I see these shifting trends in publishing, and to feel a delicious satisfaction at seeing writers finally begin to take back their power.

That being said, I can’t end this post without adding a disclaimer. Thing is, it’s not all black and white. I have a book coming out in the next few weeks via a traditional publisher, and the experience of working with them has been great. It’s taking a tad longer than hoped or expected to get the book into print, but I’m not sweating it. Having said that, the publishing deal would probably not have happened had I not initially published the same book on my own. And so, I come back to the main point of this post – my effusive enthusiasm for indie publishing.

Finally, let me just say that I have some indie publishing plans up my sleeve for the near future, and hope to share some of my experiences here. I also want to explore this topic in far greater detail through these posts. Watch this space!