Here in Iceland we have a pretty nifty word: siðblinda.

The literal translation of siðblinda is “ethical blindness”. Basically it is used to describe people who in English I would classify as either psychopaths or narcissists. 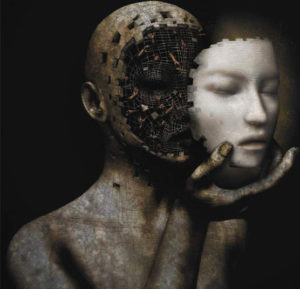 The English language typically has a lot more words to describe various shades and nuances of meaning than the Icelandic language. (Or most languages, for that matter.) That’s one of the reasons I love English. However, in this particular case, the Icelandic siðblinda just nails the meaning.

People who are siðblind are unable to see the plank in their own eye. To them, ethics is a meaningless concept. They will bulldoze over you without a second thought, and only apologize if they can intellectually comprehend that not apologizing may have some seriously adverse effects for them.

That’s because these people cannot see the lack of ethics in their own behaviour. And somehow along the way they will almost inevitably manage to turn the injury around so that YOU feel in the wrong for speaking up.

They are blind to their own immorality. They are ethically blind. Siðblind.

They say that these people often succeed in business because they are absolutely ruthless and have no qualms about doing whatever they need to in order to succeed. For example they’ll lie to your face, even apologize, then later twist things around and try to convince you that what was said wasn’t a lie.

I have been dealing with such individuals over the last couple of weeks. Thankfully since I’m fairly well schooled in this sort of behaviour (thanks to my upbringing) I’m quick to catch on to what’s happening. But it’s still infuriating and exhausting and potentially damaging. You have to pick your strategies and proceed with caution, know when to fall back and when to move forward, and take care not to get dragged into arguments or discussions where you try to show the siðblind person why you are right and they are wrong. That’s highly dangerous territory and leaves you extremely vulnerable, because it leaves them free to zero in on any weaknesses in your argument (and trust me – even if you think you have a bulletproof argument, the siðblind person will ALWAYS find weaknesses) and leave you feeling like an idiot and a fool. When that happens – when your self-esteem is on the floor – that’s when the siðblind person has won.

Most importantly of all, you have to take care of yourself. It’s so easy to think you’re going crazy, because they will do EVERYTHING to put things over on you. That’s why it’s called crazymaking.

I hate it. I hate dealing with these people. But unfortunately it’s impossible to get through life without encountering them, and when you do, you just have to deal with it. Normally I try to walk away, but unfortunately in this case it’s not that simple and it looks like I’ll be tied up with them for a good, long while. All I can do is minimize the contact I have, and try to cut my losses.

Sometimes, in the end, that’s all you can do. Surrender, stop fighting, cut your losses, and try to stay as far away from them as possible.