The holy water and the demon

I have had such a strong response to the last post I wrote – thank you to everyone who has commented, emailed, messaged, or even spoken to me about it in person. Clearly narcissism is far more common than one might be inclined to think, and many people have been affected by this heinous disorder, in one way or another.

To me, narcissism is an evil force. One of the best descriptions of it I have read is in M. Scott Peck’s book People of the Lie. In the introduction, he writes that the word “evil” is “live” spelled backwards. His young daughter pointed it out to him.

Such simple, clear-eyed logic; so perfect.

One of the things I find so fascinating about Peck’s work is that he frequently draws parallels between narcissism and religion [or perhaps I should say faith, as I have an antipathy for organized religion and am not comfortable with the word]. In his view, narcissists can have no higher power because they believe they are God. They are the centre of the universe, and there is no “elementary truth” – only the truth that they, themselves, create. If something or someone comes along to challenge that image or belief, they usually set about trying to “exterminate the evidence”, as Peck writes in another book, Further Along the Road Less Travelled:

For most of us, if there is evidence around us that might point to our own sin and imperfection, if that evidence pushes us up against the wall, we usually come to recognize that something is wrong and we make some kind of self-correction. Those who do not I call “people of the lie” because one of their distinguishing characteristics is their ability to lie to themselves, as well as to others, and to insist on being ignorant of their own faults or wrongdoings. Their guiding motive is to feel good about themselves at all costs, at all times, no matter what evidence there may be that points to their sin or imperfection. Rather than using it to make some kind of self-correction, they will instead – often at great expense of energy – set about trying to exterminate the evidence. They will use all the power at their disposal to impose their wills onto someone else in order to protect their own sick selves. And that is where most of their evil is committed, in that inappropriate extermination, that inappropriate blaming.

Narcissists hate the truth when it is not of their own making, and especially when it exposes them. Confronted with it, they will fly into a furious rage and do all they can to “exterminate the evidence”. This means they will indiscriminately humiliate, degrade, blame, ridicule, insult, use gaslighting … whatever it takes to shoot the messenger and make him or her submit to their will.

The same applies when they feel they are losing control over their victim, or those who are providing their narcissistic supply. Every effort will be made to regain that control over the person – whatever works best. Sometimes that means morphing into a kind, gentle version of him- or herself. Other times it may be to shame the victim, or tear holes in their self-esteem. Whatever it takes. As I mentioned before, narcissists are experts at divining weaknesses and using them against their victims.

In the comments below the last post, a reader mentioned having gone to her narcissist in order to try to mend the relationship, and having been completely bulldozed. I know the feeling. It’s horrible. That sort of venture is doomed to fail with a narcissist. Always.

In my early adulthood, after two years of intensive psychotherapy in which not a shadow had fallen on the narcissist, I finally broke through the denial shrouding my past. The toxic programming had worked so beautifully on me that my psychiatrist and I had spent a full two years looking for the cause of my psychosis in a certain location that – not surprisingly – had been drawn up by the narcissist herself. Meaning that I had been programmed to blame certain individuals for my malaise when the greatest part of the cause lay with the narcissist. 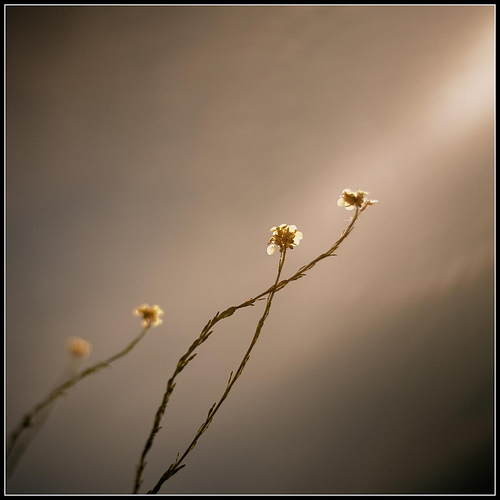 The truth came to me on a plane flying back from Iceland, where I had spent Christmas. I still remember that trip and how my mind gradually opened wider and wider, as I was finally able to face reality. Over those four or five hours the whole picture was gradually revealed to me as I placed the fragments in order, like parts of a jigsaw puzzle.

It was an incredible experience, that breakthrough.

On arriving back in Toronto I took these new discoveries to my therapist for a reality check. That was essential, because I doubted everything, especially my own mind and sense of judgment. I had no idea if I was insane, or if I was really, truly, seeing the truth for the first time. I think he was almost as excited as I was to make this discovery [he was a wonderful man – I was so lucky to have been led to him] – after all, we had worked incredibly hard for two whole years to find some kind of rhyme and reason to my sickness. He confirmed to me that I was not crazy, that it all made sense, and set about helping me to take the necessary steps to extricate myself from the narcissist’s spell.

One of those things included going to see her. That confrontation was one of the ugliest experiences of my life. I thought the roof was going to explode off the building, such was the narcissist’s fury when I laid the cards on the table about what had really been going on all those years. It was like casting holy water on a demon. Every weapon was used in an effort to degrade, wound, and make me doubt my own sanity. I can still remember the moment when, after a tirade of degrading commentary and derisive laughter, she looked me in the eye and said venomously: “You are a snake. You were born to hurt people.”

And because I was still so vulnerable, a part of me believed her, just like I had believed everything else.

I left that house trembling, and we had virtually no contact over the next five years. That’s when my real life began. I learned so much, and met so many teachers who helped me along the way. Some of them became virtual surrogates, taught me what real parenting is all about, and even how to be a parent to myself. Eventually I also became a mother, which gave me a new perspective and brought much healing.

But that, as they say, is another chapter.